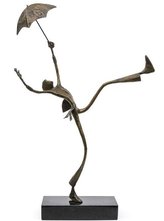 Ed Rust is a sculptor based in the East Riding of Yorkshire.

Since 2013 Ed has exhibited his sculptures in galleries throughout the U.K.

"I started making sculptures just by chance. I had some odd bits and pieces of wire lying around my studio and I began doodling with them, not having much of an idea what they would be. My first effort was a man walking a small dog...the dog dragging the man. I rather liked it, so I made something else. Again I liked the idea of a man being dragged...but by what? A kite perhaps? And that was my second piece.

And there it would have ended had it not been for my partner suggesting that I ought to make some more, develop the idea, and maybe see whether or not they would sell in local galleries?

To my surprise the first gallery I spoke to said they loved them and that they would put a photo of my 'Dog Walking Man' and 'Kite Flyer' on their website and see what the reaction would be.

Within half an hour they phoned to say they had already sold five of my figures and could I deliver them asap? A bit of a shock really as I didn't have any...other than the originals. And that's how it all began.

Six months later my work was on display in 30 galleries throughout the U.K. and selling in amazing numbers. Needless to say by the end of the first year I was working 24/7 (literally on the run up to Christmas) just to get all the various new figures out into the galleries. And delivering everything myself.

Fast forward then to being signed by a major UK Fine Art publisher and my work being produced as bronzes....larger figures, same familiar Ed Rust style, and in even more galleries and on cruise ships. A giant leap. And of the first collection of a limited edition of bronzes of seven individual figures, four have completely sold out. Now, only a small number of three pieces are available for sale.

So...what now? I have decided to continue to produce the 'quirky' figures, probably back to the original 'hand-made' style,  and also to move into other areas and develop the idea...ceramics being the first........" Ed

You can purchase any of the remaining bronzes by contacting Ed Rust at.... 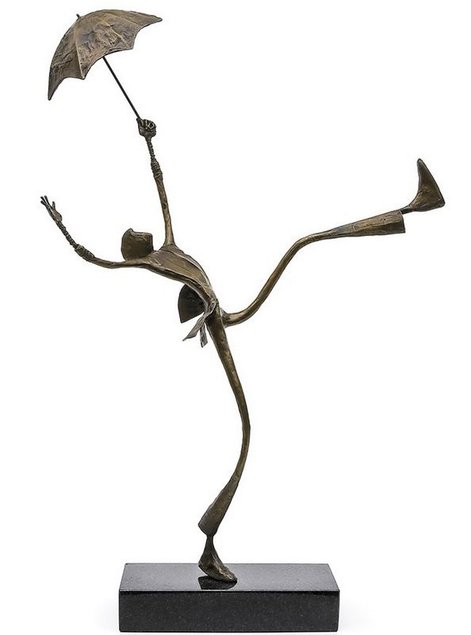